Concept: This assignment for Motion Capture Production and Experimentation taught by Vita Berezina-Blackburn required us to create a character or sequence of events that was based from a prop we captured in ACCAD’s motion capture lab then edited in Motionbuilder using constraints. 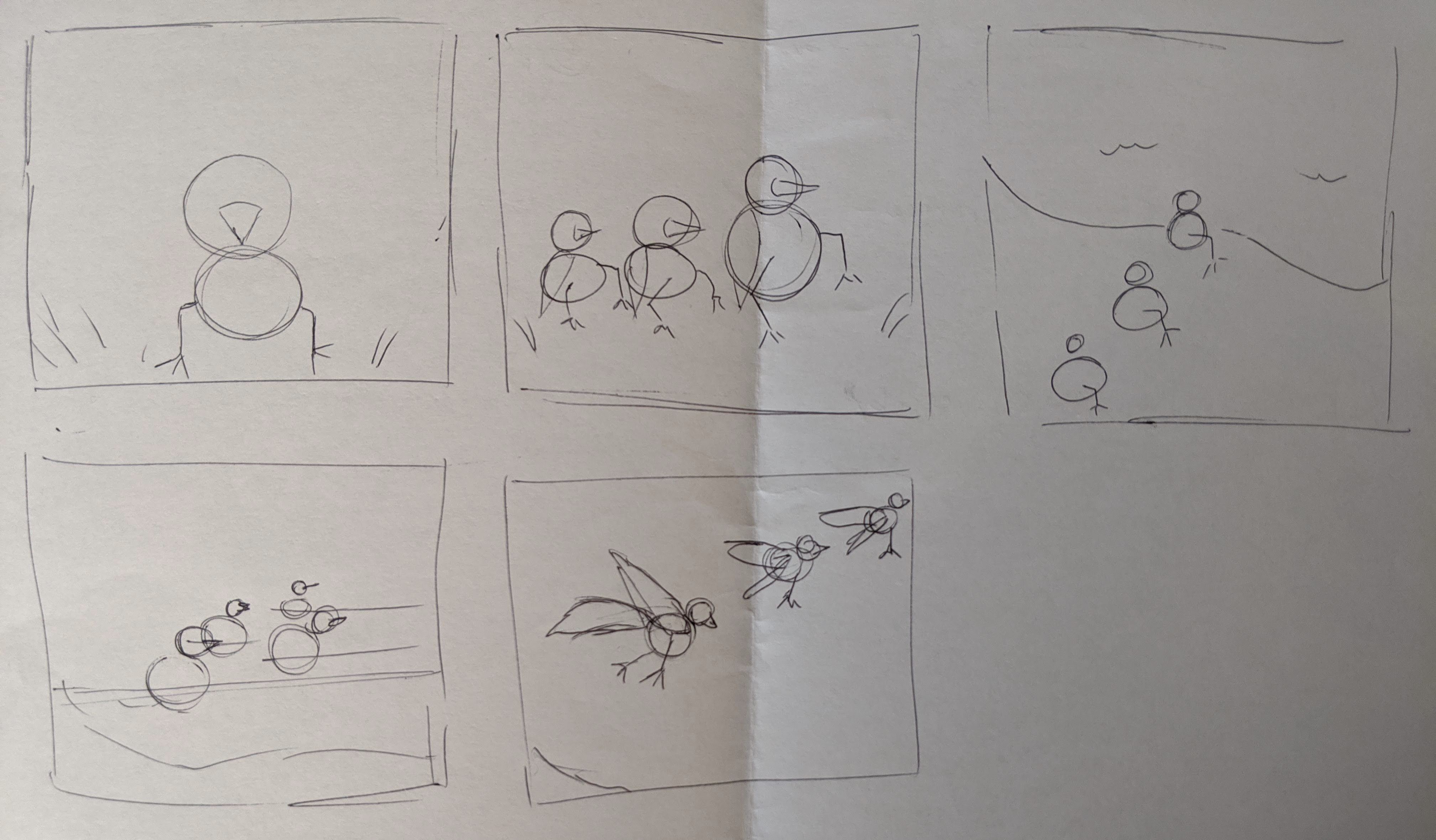 Methodology: Our group decided to capture a ball rolling. I planned out what I was hoping to draft in a short storyboard. A duck mother and her babies, all waddling toward a lake, swimming, and taking off. After taping the reflectors onto the ball, we captured the predetermined movement including rolling on the floor, rolling it around and throwing it up higher and higher. So, I used the ball as the duck belly rolling and applied constraints to Motionbuilder primitives (Cones, Spheres and Tori). I played with Fcurves and constraints including parent/child, position, aim, and created a map for the relations constraint.

Discoveries and Outcome: The process was very tedious and required a lot of trial and error as I was still coming to terms with how the program worked and a different workflow than I was used to. Motionbuilder requires specific ways of working that I found different than other software programs. I found particular challenges when trying to make the wings to fly up and down when constrained to the torso for take off. This was the biggest challenge and where I finally used the relation constraint to build my own pathway. I also used the Fcurves to build in more “flapping” as the curve went higher and lower, the wings would go higher and lower. I finally was really happy with how my little crazy bird came out and loved that I animated the camera to look under the water at her feet.